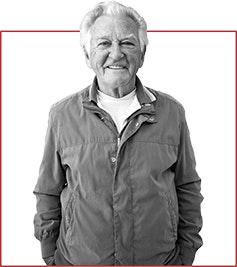 On a winter's day in New York, two homesick Aussies asked the question...

IF YOU WERE BACK HOME RIGHT NOW,

WHO WOULD YOU MOST LIKE TO HAVE A BEER WITH?

Their answer, followed by a chance email, led them back to Sydney, where they found themselves sitting in the kitchen of their childhood hero. And what started as a dream to have a beer, turned into starting a beer company with legendary former Prime Minister, Bob Hawke.

Bob's only condition for getting involved? That his royalty share be donated to Landcare Australia, the environmental charity he established in 1989.

It’s not everyday you get to create a beer company with Bob Hawke. That’s why Hawke’s is committed to making Bob proud by bringing Australia together over beautiful beers, while supporting the land we love.

And that’s a legacy we’d all be proud to put our name to.